We gathered around a campfire with a few Florida hiring managers to swap scary stories about interviews gone wrong. (Okay, we admit it, we just connected by phone and email – but that doesn’t sound nearly as scary, does it?) So, lock your doors, turn on all your lights and prepare yourself for real interview horror stories: 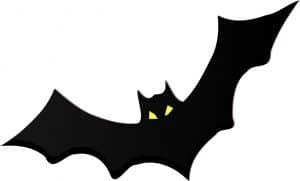 “I once met with a woman who told me she was interviewed on national TV because she had a filthy house. She was clearly proud of it.”

“One candidate asked if her mom could join her for our conversation.”

“I had a prospect for a sales job wrap up the interview by saying he was interested in working with us, but he got the name of our company wrong. When I corrected him, he asked what we did.”

“I asked an interviewee to tell me why they left their last job. They said ‘I have an anger management problem so I thought it was best that I quit before I blew up everybody in the joint.’”

“I was interviewing a woman for a housekeeping position. About half way through the interview she reached into her purse and started digging around for something. She was still responding to my questions so I continued. All of a sudden she pulled a Q-tip out of her purse and started to clean her right ear. I stopped talking. She then pulled it away from her ear, looked at it, turned it over and started to clean her left ear. She pulled it away, looked at it again and then put it back in her purse. I did NOT shake her hand when she left.”

“I had a candidate suffer from a sneeze attack and simultaneously break wind. Yes, it was loud. I quickly gave a light hearted chuckle and moved on.”

“Someone’s neck started bleeding from shaving in the car on the way to the interview.”

“At the end of an interview a candidate knocked over her coffee, spilling it all over my keyboard. It began to smoke, which set off the fire alarms, and the entire building was evacuated.”

“One applicant kept jingling change in his pocket during our interview. I guess his level of nervousness increased as the interview progressed and I asked for specific examples of his experience. He began flicking a lighter in his pocket and inadvertently set his pants on fire. He then grabbed his bottle of water and poured it into his lap to put out the flame. It turned out that most of his experience was embellished on his resume. He gave new meaning to the term ‘liar, liar, pants on fire!’”

“I was screening a candidate for a legal position. He told me he was interested in working for us so he could get legal advice.”

As hiring specialists, we meet lots of candidates. At some point, we’re bound to experience some scary moments. Feel free to share yours with us too. Happy Halloween!