The Hidden Costs of Hiring

We recently sat down with the CEO of an insurance firm who was struggling to fill a key sales position. The spot had been empty for three months and she was ready to bring on a recruiting partner to help fill the role. By asking a few questions, we realized that the empty position was draining her company of thousands of dollars each month. No one had realized it because her team was juggling more work and overflowing to-do lists due to the empty position. The hidden costs of hiring were damaging her business. 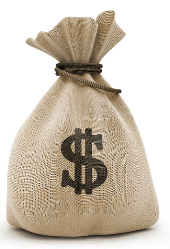 Some costs related to expanding your staff are easy to track, such as the price of advertising, background checks and new equipment. Others require a bit of digging to reveal, but are still relatively straightforward to calculate, such as the value of a hiring manager’s time spent writing job descriptions and interviewing. So what are the hidden costs — the sneaky, silent items that drain value from businesses, often without their even knowing? Keep your eye out for these stealthy wealth eaters.

It’s not uncommon for companies to believe they’re saving money by filling open positions internally, without the help of a recruiter. Yet for the insurance firm above and for many other businesses, working with a firm to find the right candidate quickly can protect the bottom line. Contact Hiregy today to find out how we can help your company connect with exceptional candidates.

Learn more by downloading a copy of The True Cost of Hiring.